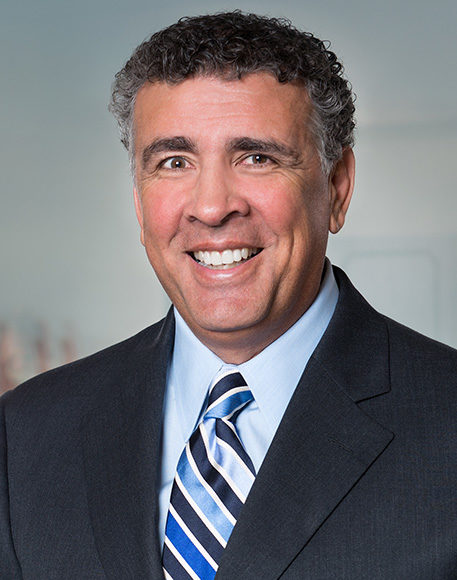 Stephen M. Garcia represents victims of elder and nursing home abuse and is known as one of the leading civil litigators in the country. He is Senior Partner at Garcia & Artigliere, where the firm’s practice is focused on elder abuse, nursing home abuse, and wrongful death of the elderly.

Just a few of the notable verdicts and settlements obtained by Garcia include:

LEGISLATIVE ANALYST FOR ELDERS IN CALIFORNIA

Prior to becoming a civil trial lawyer in 1993, Garcia was a criminal trial lawyer. The Law Offices of Stephen M. Garcia, founded in 1987, was purchased by the nationally-recognized elder abuse and nursing home abuse litigation boutique firm Wilkes & McHugh in 2001. Garcia served as Wilkes & McHugh’s managing attorney for the western United States for 2 years prior to returning to his own firm in April 2003.

Garcia has concentrated on his civil trial practice since 1993, following 9 years of focusing on criminal trial advocacy. He has served as lead counsel on behalf of disenfranchised consumers in cases including, insurance bad faith, medical malpractice, elder abuse, nursing home abuse, and products liability. Garcia served as counsel in class actions brought on behalf of consumers against such major diverse corporations as Allstate Insurance Company, Tenet Healthcare, Pennzoil, Medtronics, Hewlett Packard, Countrywide Home Loans, Sun Healthcare Corporation, The County of Los Angeles, Sony, British Airways United Airlines, Motorola, State Farm Insurance Company, and AT&T. Garcia has also served as a staunch defender for those companies who hold themselves up to the highest ideals of service and wish to work towards the absolute best practices to provide quality service to those whom they serve.

Garcia and his firm have been recognized by peers and others with numerous awards and accolades through the years, including:

Throughout his years of practice, Garcia has been a frequent lecturer advocating the rights of elders and those to whom their care is entrusted at Continuing Education seminars before such groups as The Florida Judges College of Advanced Judicial Studies, The Los Angeles County District Attorneys, American Health Lawyers Association, USC’s Andrus School of Gerontology, The Southern California Association of Defense Counsel, the American Academy of Legal Nurse Consultants, Consumer Attorneys of California, California Advocates of Nursing Home Reform, the California Healthcare Association, Loyola Law School, Whittier Law School, Judicate West, and numerous other entities.

Lectures given by Garcia include:

Garcia has served as an Adjunct Professor of Law, teaching elder abuse litigation at Loyola Law School in Los Angeles and has served on the Board of Directors of the South Bay Volunteer Center. He is also a continuing supporter of the Richstone Center, a volunteer organization wholly devoted to addressing issues relating to child abuse treatment and prevention. He is a founder and member of the Board of Directors, of Urban Compass a group whose mission is to end the cycle of death and violence in the inner city. Garcia is also a member of the Board of Directors of One Revolution, an organization whose goal is to create social change through visibility and opportunity for disabled persons and their families.